The Art of Influence - Carney

Be In The Know

The 9 Most Inspiring Influencer Marketing Campaigns of All Time

Back in school you probably learned about everything from ancient Greece to the industrial revolution in your history textbooks. Those books didn’t cover notable marketers and campaigns, but maybe they’ll include those in future editions.

Today, Jeff Bullas is schooling us on the 9 most inspiring influencer marketing campaigns of all time, so bust out your notebook and put your cellphones away. Unless of course you’re reading this on your phone.

Pre-pandemic, Hilton wanted to show off its presence in Abu Dhabi, Sydney, London, Shanghai, Vienna, Tokyo, and Hong Kong. Influencers were tasked with showing off great eats and attractions within walking distance of Hilton’s hotels. (Count us in!) The campaign paid off with 110,000 brand likes, almost 2,000 positive comments about Hilton, and a 4.62% engagement rate.

Remember around the holidays a few years ago when a Yule log video of Nick Offerman sipping whiskey made the social media circuit? Diageo was the mastermind behind this viral sensation that puts us at ease just thinking about it. The goal was to attract a younger audience to the Lagavulin Scotch brand, so YouTube was the channel of choice. The video racked up 2 million views in just a week plus 17,000 new subscribers.

Nike and What’s Inside?

People are curious creatures and we love behind-the-scenes content. Nike partnered with father-son duo Dan and Lincoln Markham who have a popular YouTube channel in which they cut things open to reveal what’s inside. After meticulously putting together the 2017 Nike Air Vapormax, Nike had What’s Inside? go behind the seams and show viewers the anatomy of the shoe. The result was over 7 million views and a pair of unusable kicks.

Influencers are everywhere nowadays. Just about any niche you can think of will have individuals worthy of promoting products and services. Well that sounds all good and dandy, but how the heck do you find them? With Influence, it’s easy.

If Dale Carnegie wrote How to Win Friends and Influence People today, it might have more to say about hashtags.

Influencer marketing isn’t new, but it’s growing exponentially thanks to the various social media channels at our fingertips.

Looking to partner with influencers for an upcoming campaign? We’ve been there and done that, so let us know how we can help. 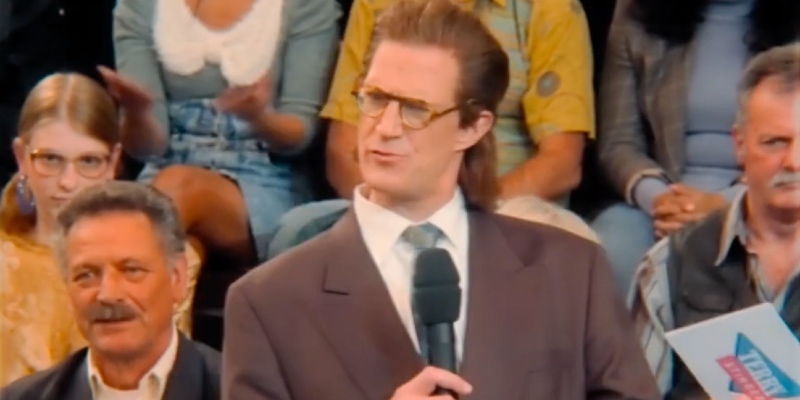 If you’ve ever seen The Jerry Springer Show you know what a mess it could be at times. Some crazy s**t went down on that show.

Chicken Tonight brings us this ad about a marriage dispute surrounding dinner options. While The Jerry Springer Show is off the air, Terry Stinger fills his shoes, and it’s just as wild.

“Storytelling can be a powerful force for good or evil, and we—consumers of content, creators of stories, and businesses hungry for results—need it to be good.”